What Mountain Bike Brands Are The Best

Let’s look at some of the best mountain bike brands you can buy.

Specialized is a bike company that has been around for a while and is well known. Based out of California, these bikes can be found all over the world. As a company, Specialized seems to have a bike for just about anything, as well as a variety of bikes in their mountain bike lineup.

Of course, I am biased toward Specialized since I have been riding the Rhyme for a few years now. Although I have now upgraded a few of the parts to make the bike lighter and faster, I can see myself riding that frame for years to come.

If you’ve done any amount of research into mountain biking, then you’ve probably heard of the Specialized Stumpjumper and maybe even know someone who has that bike. The Stumpjumper has been around for nearly 40 years and is a staple in why Specialized mountain bikes are some of the best. There are now over 10 different versions of the Stumpjumper available.

My fiancé has had his Rocky Mountain Altitude for at least five seasons now and you would never know his bike was that old. Granted, he takes really good care of it as he should. One thing I like so much about Rocky Mountain mountain bikes is they are really easy to maintain. The suspension connects is straightforward and all the parts are fairly easy to replace and swap out.

Another great thing about Rocky Mountain bicycles is that they are lightweight. Without doing much upgrading to newer and lighter parts, these bikes are already lightweight out of the box. This makes them great for the climb and still ride well on the way back down.

Like Specialized, Santa Cruz bikes have a relatively simple frame build. Where the rear triangle attaches to the bike is fairly straightforward. This makes Santa Cruz bikes easy for the bike shop to work on and fix.

Juliana is the women’s version of Santa Cruz. Most mountain bikes in the Santa Cruz lineup also have a female counterpart under the Juliana lineup. Even though these bikes are branded differently, they are for the most part the same.

One downfall to Santa Cruz and Juliana’s bikes is that they become creaky. This happens as dust works its way into the pivots on the suspension. Taking care of your bike and wiping down dust after a dusty ride can significantly help out your bike.

A Colorado-based company, Yeti is a rider-owned company that focuses on you, the rider. Over the years they have sponsored several up and coming young riders, including Juliana Furtado (the same Juliana from Santa Cruz/Juliana).

If you’ve been looking at different mountain bikes on the trail, then you’re probably familiar with the classic Yeti blue color. Although the bikes come in a variety of different colors now, all their bikes still feature the Switch Infinity rear suspension.

The Switch Infinity rear suspension is rather complicated looking and not the friendliest to work on either. However, the vertical rear shock does look pretty cool. Unfortunately, Yeti bicycles seem to cost a significant amount more than bikes from other companies in the same tier.

Trek was one of the first companies to make mountain bikes, although they are often overlooked in this category now. Trek is also an American based company out of Wisconsin. Over the years they have made innovative changes to mountain bikes.

Trek was also one of the first companies to create a women’s specific mountain bike. Women often prefer different geometries than men on their mountain bikes. Most companies rebrand the same men’s bike as a women’s bike but not Trek. At Trek, they understand that just changing the stem, bars, and seat height is not enough of a difference to call the bike women’s specific.

Over the years, Trek has sponsored several professional mountain bikers and uses that feedback to improve their lineup of bikes. They also have a lifetime warranty for their frames which they do stand by and offer quality customer support for unlike some other companies.

Based out of Arizona, Pivot is a relatively new mountain bike company having only just started in 2007. That being said they do make quite a lineup of carbon frame bikes. Carbon frame bikes are great because they are stiff and lightweight for pedaling. However, carbon frames break much easier than an aluminum frame and cost substantially more.

Since they focus on producing carbon frame mountain bikes, Pivot focuses on the lightweight quality of their bikes, and the price reflects this. Pivot mountain bikes tend to be much more expensive than other bike companies. While these are great quality bikes, if you don’t have the money to spend, don’t worry about getting a carbon frame. An aluminum bike with the right parts upgrades can still be incredibly lightweight.

While mountain biking is exciting and adventurous, it comes with a fair share of danger for obvious reasons. When you are tackling rugged terrain on 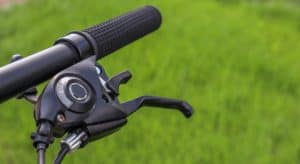 Searching for the best mountain bike grips for numbness but yet to reach a conclusion? You are not alone. As someone who has recently started 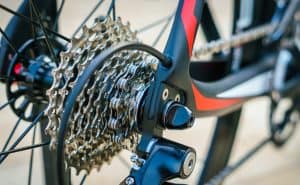 How To Use Gears On A Mountain Bike

When riding the mountain bike trails, you will have definitely heard the heavy clunking sound of someone changing gears badly. This noise sounds awful, but